A Short History of the Game of Bowls...

Many historians believe that the game of Bowls developed from the Egyptians. This belief was based on artefacts found in tombs, circa 5,000 BCE, which depict the Egyptians playing skittles with round stones.

Famous past players include: Sir Francis Drake, Henry VIII, Richard II and Edward III. It came under the ban of King and Parliament as it was considered a threat to the practice of archery at that time, which was then so crucial to fighting battles. Around 1511, Henry VIII requested that anybody with land, who wished to keep a green, should pay a fee of £100 and that it could only be used for private play. King James I later issued a publication called The Book of Sports, encouraging the game of bowls and condemning football and golf.

In 1864, a Cotton Merchant named William Wallace Mitchell published his Manual of Bowls Playing and this became the basis of the rules of the game played today.

The oldest lawn bowls site still in play today is in Southampton and dates back to 1299 AD.
​ 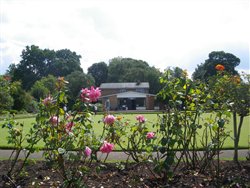 ,The Founding of Pelhams Bowls Club
​
Pelhams Bowls Club has now been open for over fifty years and is situated in the grounds of Pelhams House. After the first inaugural meeting took place on 18th October 1957, R.W. Trevett M.B.E. became the first President of Pelhams Bowling Club in 1958. The other Founder members were: Mr. Boyle, R.G. Broomfield, F.F. Dennis, W. Adams, A.H. Beasley, W.S. Haddock, G. Painter, F.H. Truman and E.S. Fry. For interesting reading, in the Clubhouse there is a written tribute and record of Pelhams Bowls Club written by Jim Nicholls (deceased), President 1997, covering the period 1958 to 2000. This is available for all members to read.

In 1985, while Ted Banks was President of Pelhams Bowling Club, he approached Janet Stukins with regard to forming a club for the ladies. This meeting was held on 8th October 1985 and the first committee for the ladies was formed. In 1986 the first female President was Eileen Brown. The first female Management Committee, in addition to Eileen Brown, comprised: A. Monitz, A. Farris, J. Stukins and E. Plail. Before they could proceed, permission was required from the Town Hall, approval from the Men's Club, and they had to ask the Bournemouth & District Women's Bowling Association to accept them. Although they met resistance, with perseverance they succeeded, and in February 1986 they held their first Spring Meeting. For their first season they played eleven matches and the rest, as they say, is history! There is a written record of the Pelhams Women's Bowling Club, called The First Ten Years, compiled by Eileen Brown together with a photographic record in the Clubhouse, covering all major events from 1986 through to 1996 for everyone to see.

Today, Pelhams is a mixed and very friendly bowls club open to all who are interested in bowls or would like to learn how to play.

Lawn Bowls is now played, watched and enjoyed by thousands of young and not so young, people throughout the world!